If someone asked Chevron or Shell, for example, how they feel about Nigeria, the answer would probably be that they are tired of the problems, at least if they were honest. Vandalism in oil pipelines, militant attacks on infrastructure, protests and lawsuits are among the issues that have plagued the Nigerian oil industry for years. The Nigerian government recently demanded more than $ 60 billion in royalties arrears under a production sharing agreement with supermajors operating in the country. How did it happen?

Oil was first discovered in Nigeria in the mid-1950s after decades of vain exploration. The country’s first field of production started in 1958 at a rate of 5,100 BPD. Production grew rapidly and today Nigeria is pumping nearly 2 million BPD, making it the largest crude oil producer in Africa.

Nigeria joined OPEC in 1971 before it even had its own state oil company. It was formed in 1977 under the name of the Nigerian National Petroleum Company.

According to its OPEC dossier, the West African nation is home to 36.97 billion barrels of proven oil reserves and 5.675 trillion cubic meters of natural gas, which explains why supermajors are not too tired of their problems in Nigeria. The country exports most of the oil it produces despite having a refining capacity of almost 450,000 BPD. While in the past it carried most of the oil to the United States, Nigerian oil now goes mainly to Asia, Europe and South America.

A joint venture of Shell and BP was the first to discover oil in Nigeria. To date, in addition to these two companies, the country’s international oil industry players include Exxon, Chevron, Eni and Total.

The supermajor with the largest presence in Nigeria is Shell. The company, through its joint venture with NNPC and local departments Total and Eni, represents half of Nigeria’s oil production.

Exxon comes next: The US company has a 40-60 joint venture with the majority shareholder NNPC, and is involved in several offshore fields, including several yet to be developed deepwater blocks .

Nigeria’s third largest oil operator also comes from the United States. Chevron has holdings in both onshore and offshore fields via JV with NNPC that have the same percentage distribution as Exxon.

Agip, Total and ConocoPhilips Eni have a smaller presence in Nigeria, but are nonetheless important players. Total, for example, started production from one of the most significant recently discovered offshore fields in Nigeria – Aegina – in late 2018 with plans to increase production to 200,000 BPD. The Chinese CNOOC is an Aegina operator: Chinese oil companies are expanding internationally and Nigeria is one of the destinations, despite the challenges.

Most Nigerian oil is concentrated in the Niger Delta in the southern part of the country. It is also one of the poorest regions in Nigeria despite commitments from the Nigerian government and the oil companies operating in the country to improve employment prospects for local communities.

Few alternatives fit into this position to make a living in Nigeria’s oil hub, also due to the numerous spills and leaks from the pipelines crossing the Delta. According to estimates by human rights groups, millions of barrels have leaked or poured into the Niger Delta over the years. These losses and losses have meant that arable land is underutilized, depriving local residents of the ability to earn a living from agriculture.

The question of who the leaks are remains a matter of debate between local communities and international oil companies. Local communities rely on Nigerian law which states that, regardless of the cause of a spill or leak, companies are responsible for cleaning. The companies, for their part, argue that most leaks and losses are the result of vandalism that is consistently difficult to track. The dispute continues as local communities sue oil companies for mixed fortune damages.

Vandalism is a fact in the Niger Delta, as is poverty and a lack of prospects for locals. For many, stealing crude oil from pipelines and processing it in one of the region’s many illegal refineries is a way to earn a living. The government has been fighting illegal refineries for years. However, it changed its course in 2017 and decided to legalize the facilities instead, bringing to light what many consider to be a thriving fuel-starved business in Nigeria.

Militant activity in the Delta was another consequence of the tension situation there. There have been many groups active in the Delta that have attacked the oilfields and infrastructure over the years. Most prominent in the recent past has been the Niger Delta Avengers, which hit several export pipelines and terminals causing production and export disruption, fighting, as its website proclaims, for a fairer distribution of oil wealth Nigeria.

While the NDA’s methods are undoubtedly questionable, the rise in militant activity in the Delta coincided with the 2014 oil price diving that plunged Nigeria into recession. The government had no choice but to try to negotiate peace with the militants. Although uneven, this road since 2014 has led to a sharp decline in the attacks on oil infrastructure in the Delta.

Attacks on pipelines and terminals have decreased, but so has oil production. Nigeria can currently produce more than 2 million BPD of crude oil. However, it was bound by an OPEC + production cut agreement to produce less than that: according to OPEC, it generated around 1.8 million BPD in November 2019. How will production change now, with the current price war a concern in an already crowded market.

During the first round of cuts, agreed in December 2016, Nigeria was excluded, along with Libya, because of the troubles it was having with militants in the Niger Delta. After the ceasefire, however, Nigeria was asked to join its members to contribute to the overall cut in production.

Despite this contribution, the second round of cuts failed to push international oil prices much higher, betraying the expectations of the majority of participants. As a result, the federal government, which drafted a record-breaking $ 34 billion budget for 2020, had to look for other ways to increase oil revenues.

In October last year, Reuters, citing the Nigerian Attorney General, reported that the federal government allegedly sued international oil companies for $ 62 billion in unpaid royalties due under the framework of the Oil Sharing Share Agreement in force in Nigeria since the 1990s.

The framework, according to Attorney General Abubakar Malami, included a clause for the Nigerian government to review revenue-sharing terms whenever oil prices exceed $ 20 a barrel. These reviews were never conducted and the terms of the contracts were not modified to reflect international price changes, which at one point rose to over $ 120 a barrel.

The determination of this case will be a matter for the courts and will take some time. Meanwhile, Nigerian legislators passed two new measures last year that are expected to boost oil revenues. The proposals as amendments to the 1993 deepwater and inland basin production sharing contract were approved in October.

One of these measures relates specifically to offshore projects. Under the change in legislation, companies operating offshore blocks will have a royalty rate of 10% on all projects deeper than 200 meters and a further 7.5% on border and inland basin projects.

The second measure is related to oil prices. According to him, oil companies operating in Nigeria should pay extra royalty to the government when oil prices cross the $ 35 a barrel mark. The royalty rate will increase in tune with oil prices.

Nigerian President Muhammadu Buhari signed the measure in November. According to the administration, the legislative changes will increase Nigerian oil revenues by up to $ 1 billion annually and, according to President Buhari personally; they will benefit the entire Nigerian population.

The outlook for Nigerian oil

International oil companies operating in Nigeria are not happy with the changes. Especially since they come less than a year after the federal government asked six of them – Shell, Chevron, Exxon, Total, Eni and Equinor – to pay a total of $ 20 billion in back taxes they would have had to pay pay to local governments. However, the original contracts these companies have closed with Nigeria will start to expire in three years, so they need clarity for their long-term prospects in the West African country.

According to a group representing 90% of operating oil companies in Nigeria, the legislative changes will create uncertainty. The commercial division of oil producers also believes that the additional royalties will undermine the profitability of many projects, which would translate into less investment in future production. Eventually, Nigeria could lose about $ 10.4 billion in oil revenue by 2030 because of these changes, OPTS said.

And yet even some oil executives acknowledge that the supermajors’ original contracts with the Nigerian government were unfair, a November report by the Financial Times revealed. An updated legislative and regulatory framework would benefit in certain ways, according to some analysts. First, as the head of the Ecuadorian Africa Group Amaka Anku told the FT, it would provide long-term clarity. On the other hand, it would free them from the need to renegotiate each of their contracts individually after 2023, which would expose them to political factors as federal elections were scheduled for that year and that the ruling party could lose.

On the warnings, if they have to spend much more on Nigerian projects in the future, supermajors might decide to pick up and leave, that they are genuine but far from safe. The new normal for Big Oil is actually to select the projects with the lowest cost and quickest returns. Yet it is also the case that the choice of proven and untouched major oil fields worldwide is diminishing. In the end, Big Oil would have to choose between expensive and more expensive, rather than cheap and expensive.

The long-term outlook for the Nigerian oil industry may be mixed at present. It may remain mixed for the foreseeable future, but it is highly unlikely that Nigeria would damage its future oil revenues by placing too high a financial burden on supermajors. 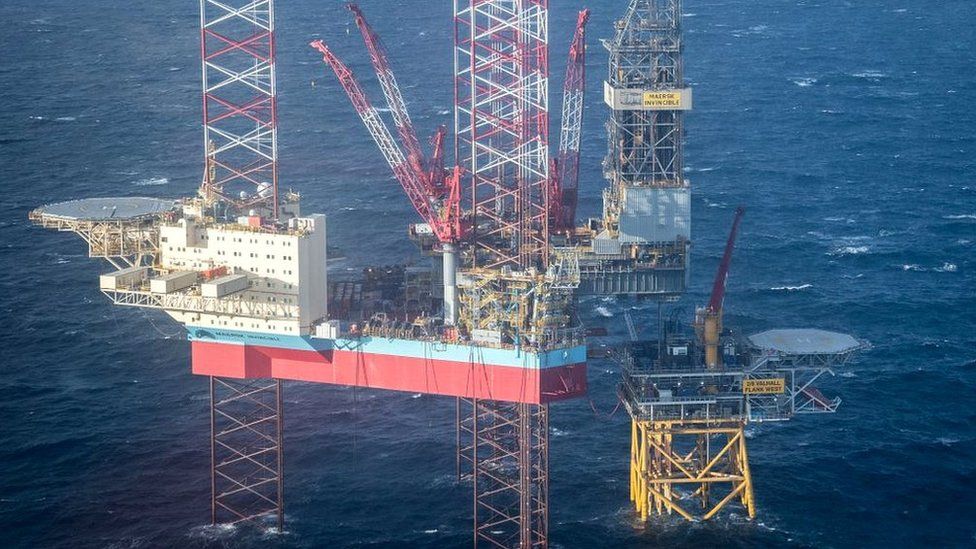